Were Greeks the original grill masters? It seems as though this cooking method can be traced all the way back to Greece’s Mycenaean civilization during 1600-1100 BC Archaeologists have uncovered ceramic trays made for grilling souvlaki, and griddles made for grilling bread, in addition to the large hearths where most of their meals were prepared. It was a major culinary advancement for a fairly basic cooking technique! And another method, called anticristo (pronounced an-dee-kree-STOH), even appeared in Homer’s Iliad. The term refers to meats – typically lamb and goat — suspended via a wire cage around an open fire. It is still a popular way to grill on Crete and something of a local tradition and festive endeavor, with chefs, restaurants and home cooks specializing in the.

A few years ago, while filming season 2 of My Greek Table, I shot an episode with Professor John Camp, who for decades directed the excavations of the Ancient Athenian Agora. He pulled out skewers and small clay portable grills and griddles from the thousands of catalogued artifacts he and his team have unearthed over the years. Pointing to the antiquated, timeless basic grilling gear, he said to me quite pointedly that nothing really has changed the technology. And so it is. The basic, ancient methods of grilling are still part of the Greek diet and grill masters are held in particular esteem. One can learn to cook, as they say in Greece, but one is born to grill! 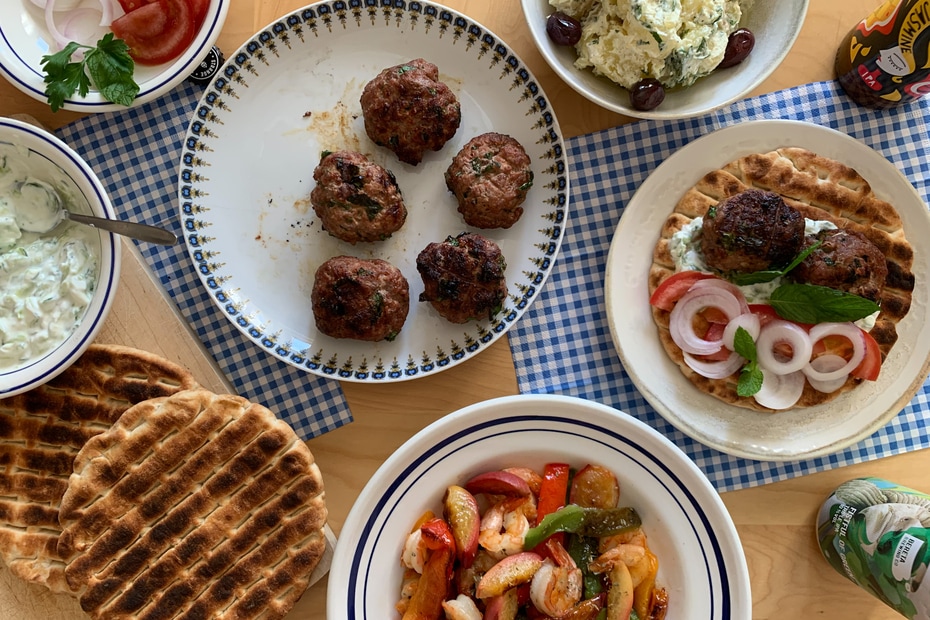 Wherever one travels in Greece, grilling abounds and so do specialty grill restaurants advertising “Ola sta Karvouna,” or “Everything Over Charcoal.” Greek grill recipes can also feature special Greek diet marinades, usually based on Greek olive oil, fresh or dried herbs, and some type of acid, usually lemon. Marinades can even involve Greek yogurt, an ancient way to tenderize certain meats and especially effective on chicken.

To learn more about how to get some Greek grilling into your life, and the recipes I turn to when I am hungry for a hint of smoke, check out the recipes I’ve included below. 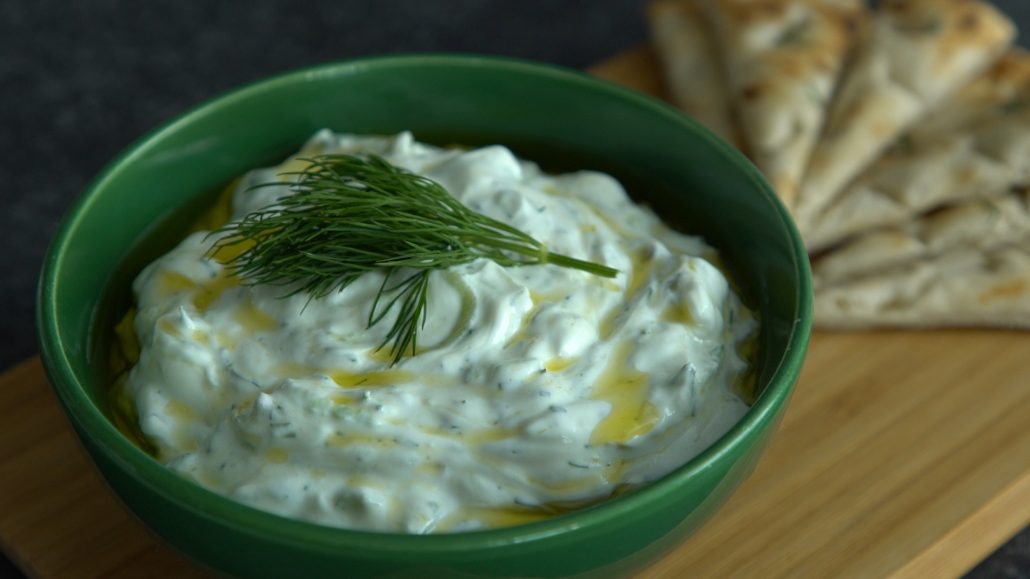 There are plenty of ways to get grilling when it comes to Greek meat recipes. The most obvious and best-known grilled meat specialty are Lamb Chops with Wild Greek Herbs, especially Greek oregano. They’re a classic – in fact, I’d even say Greeks are the kings of lamb chops, as there are many chop houses across the country that feature these, seared to perfection. Goat chops are pretty good, too, and a specialty in the tavernas on the Blue Zone Greek island of Ikaria, where I am from. 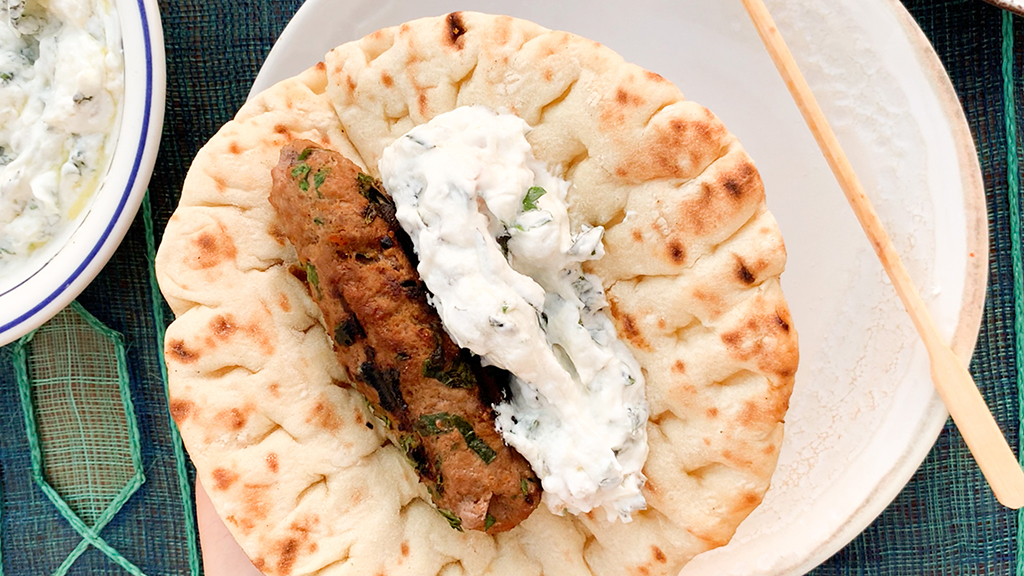 You also can’t go wrong with a spicy mini lamb burger, especially if you’re looking to swap out classic American burger flavors with a more Greek flavor (and they go perfectly with Mediterranean diet sides, including tzatziki, plain Greek yogurt, and slices of ripe tomato). Ground lamb kebabs, which are found throughout ut the Mediterranean, take on a decidedly smoky and summery flavor when they hit the grill! 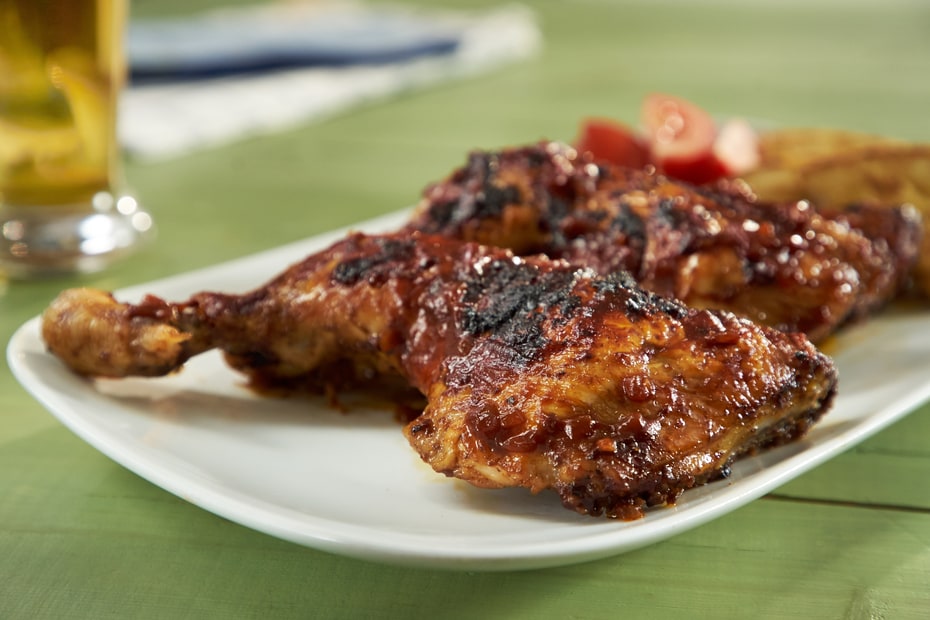 And while chicken might not be top of mind when you think of grilled Greek meats, there are still lots of choices that stick within the Mediterranean theme! Grilled chicken legs get the Greek treatment with my tomato-olive barbecue sauce. And remember what I said earlier about Greek yogurt marinades? That takes center stage in these chicken skewers, which marinate in yogurt to produce a very tender, almost flaky meat. All acid marinades (ie wine, citric acid [lemon juice]acetic acid [vinegar]and lactic acid [dairy]) help to tenderize meat, but yogurt, which falls under the lactic acid category, produces a different result, especially with chicken. Perhaps that’s why it’s such a common marinade in countries around the world where yogurt is a traditional ingredient!

Grilled seafood is the hallmark of summer eating in Greece, and it would be hard to imagine the Greek meze table without a few slightly charred, smokey grilled octopus tentacles – a little extra virgin Greek olive oil, Greek oregano and Santorini capers finish the dish! Gilled squid and cuttlefish and whole, grilled fish, of course, are all summer classics. One of my personal favorite Greek diet recipes for the grille is this salmon garnished with olive and tomato. It’s the perfect combination of Mediterranean diet ingredients and makes a great summer recipe. 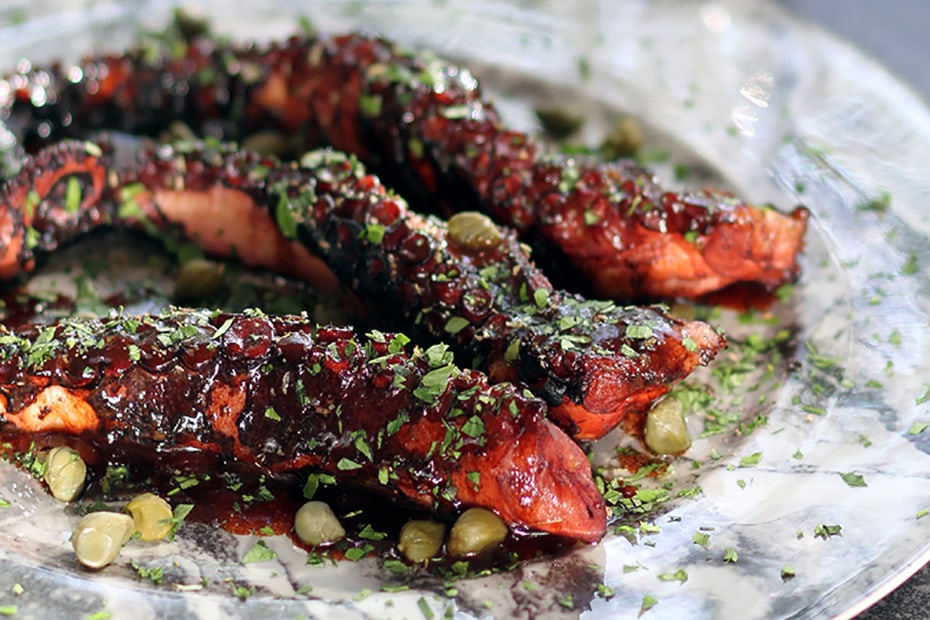 There are a few basic ingredients you’ll need to turn anything into a Greek grilled classic.

Here’s a little secret, too. If you’re looking to create a smokey taste without necessarily lighting up the grill, sometimes the right condiment can help. If you haven’t yet tried my smoked Greek sea salt, it’s time! 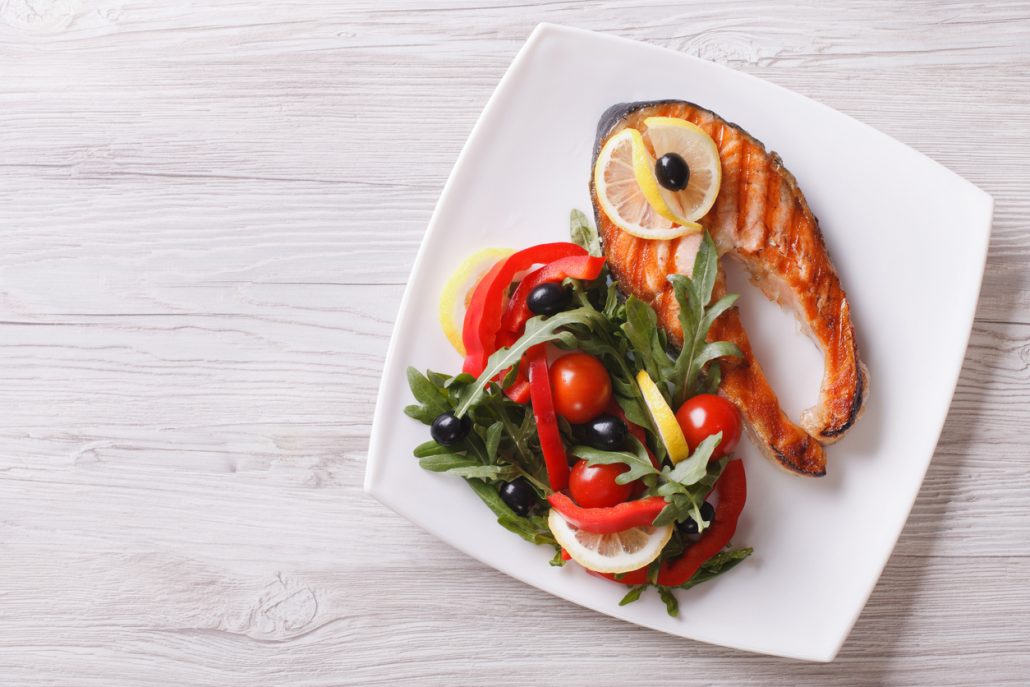