Who was Melina Mercouri

Melina Mercouri was a famous Greek actress, politician and activist. She was born in Athens on 18 October 1920, and died on 6 March 1994 in New York City, where she was being treated for lung cancer.

From an actress starting out in the 1940s, to an activist and Minister of Culture later in life, Melina Mercouri was always unconventional, outspoken and determined.

Melina became a great symbol of freedom and “Greekness”, and a role model for many people. She was a free spirit, and wasn’t afraid to challenge the conservative society she lived in.

On 6th March, which is the anniversary of her death, all public museums and ancient monuments in Greece offer free entrance to visitors.

Let’s find out more about this incredible woman, and why we celebrate her memory on March the 6th.

Mercouri came from a wealthy political family. Her father had served as a Member of Parliament and minister. Her grandfather, who was the mayor of Athens for several years, had great influence on her. 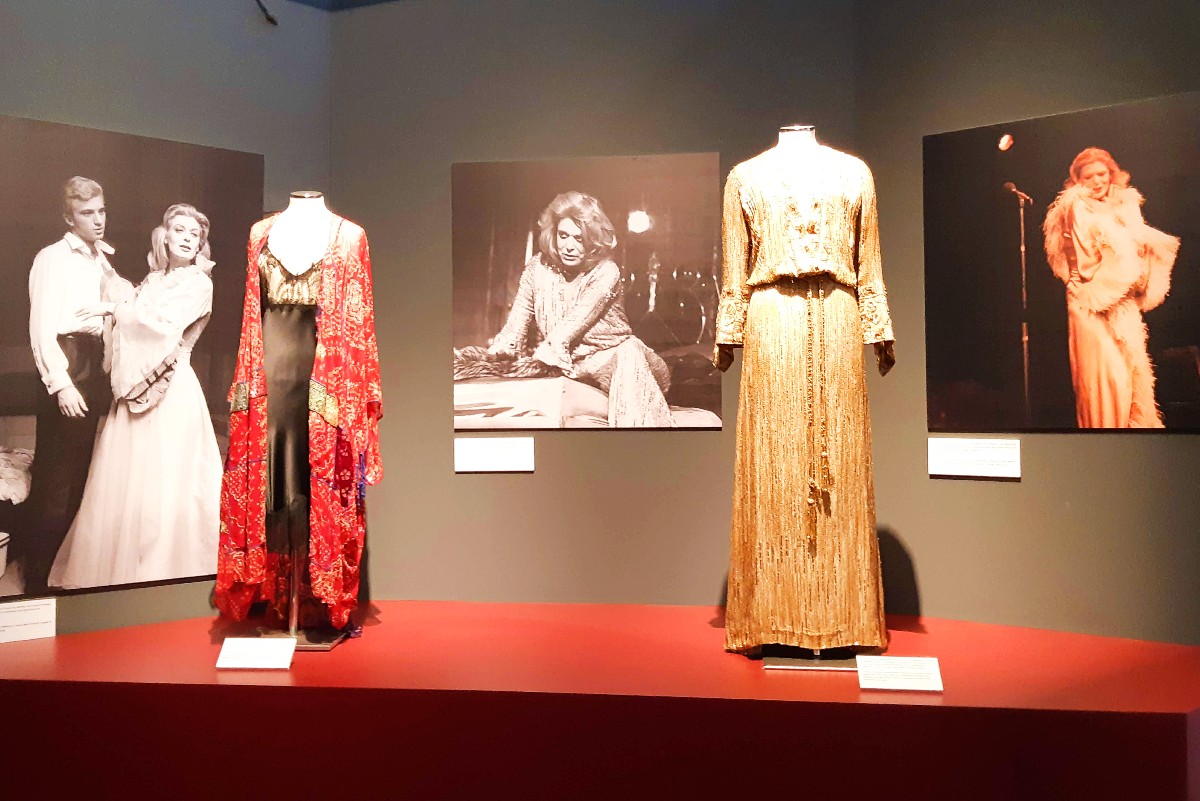 Since she was a child, Melina wanted to become and actress. In 1938, she started studying at the Drama School of the National Theater in Athens.

A year later, at age 19, she got married to an affluent landowner, Panagis Harokopos, who was several years her senior. According to her memoirs, Harokopos had promised to help her pursuit her acting career, which was one of the reasons she agreed to get married.

WWII and the German occupation

During WWII and the German occupation, while still married to Harokopos, Mercouri developed a romantic relationship with Phidias Yadikiaroglou, a wealthy businessman. Phidias was in good terms with the Germans, and much of his wealth came from the black market. 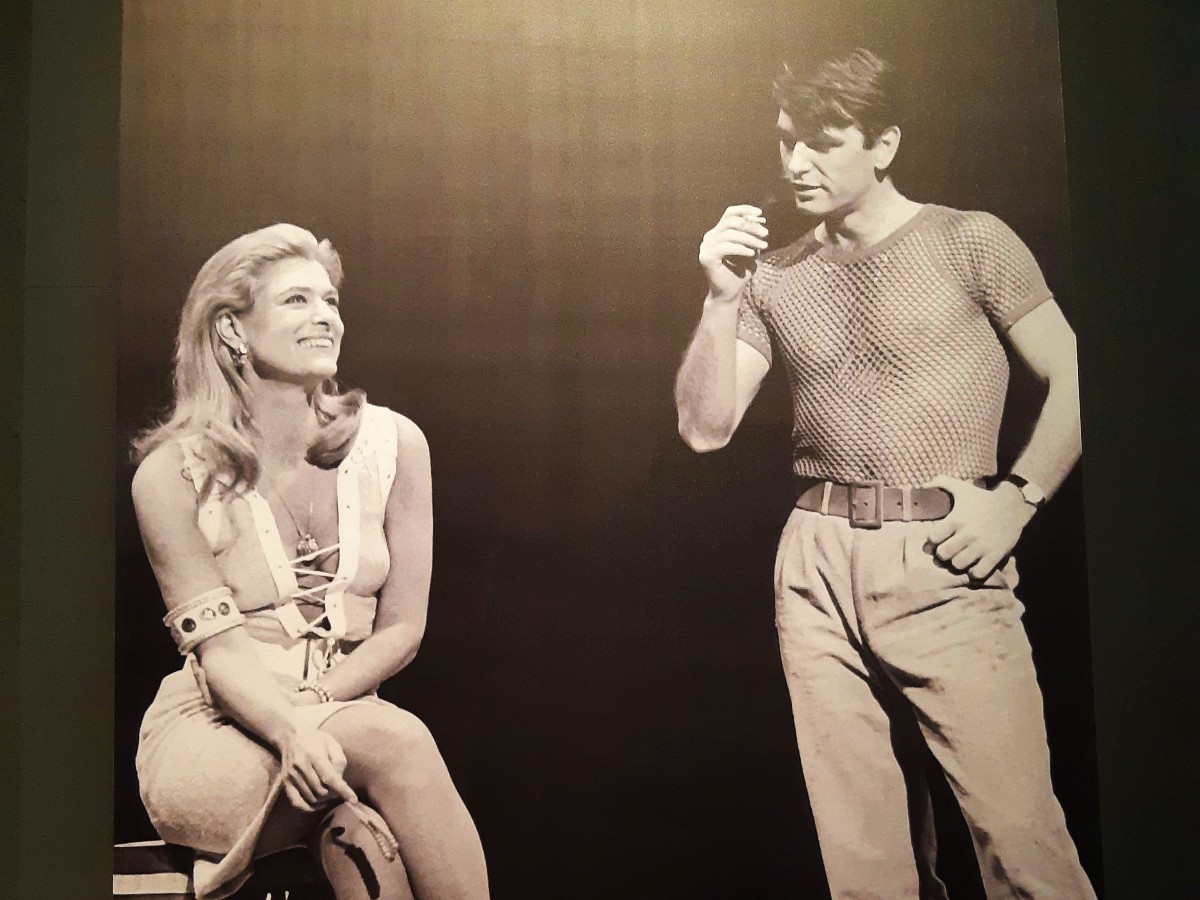 At the time, Melina was living in a luxurious apartment near Syntagma Square, and had access to money and food, from both her husband and her lover. With these funds, she helped many people who participated in the Greek Resistance, including her brother and father.

Mercouri did not actively participate in the Resistance herself, something that she later admitted she had deeply regretted. She has received many negative comments for her provocative lifestyle at the time.

Still, due to the fact that she provided financial aid, many of the people who were actively involved in the Resistance remained her good friends.

The beginning of Melina’s acting career

Mercouri made her debut on stage in 1944, and appeared in numerous plays afterwards. In 1949, she starred as Blanche DuBois in an adaptation of the play “A Streetcar Named Desire”. The play was her first great success, and received lots of positive comments. 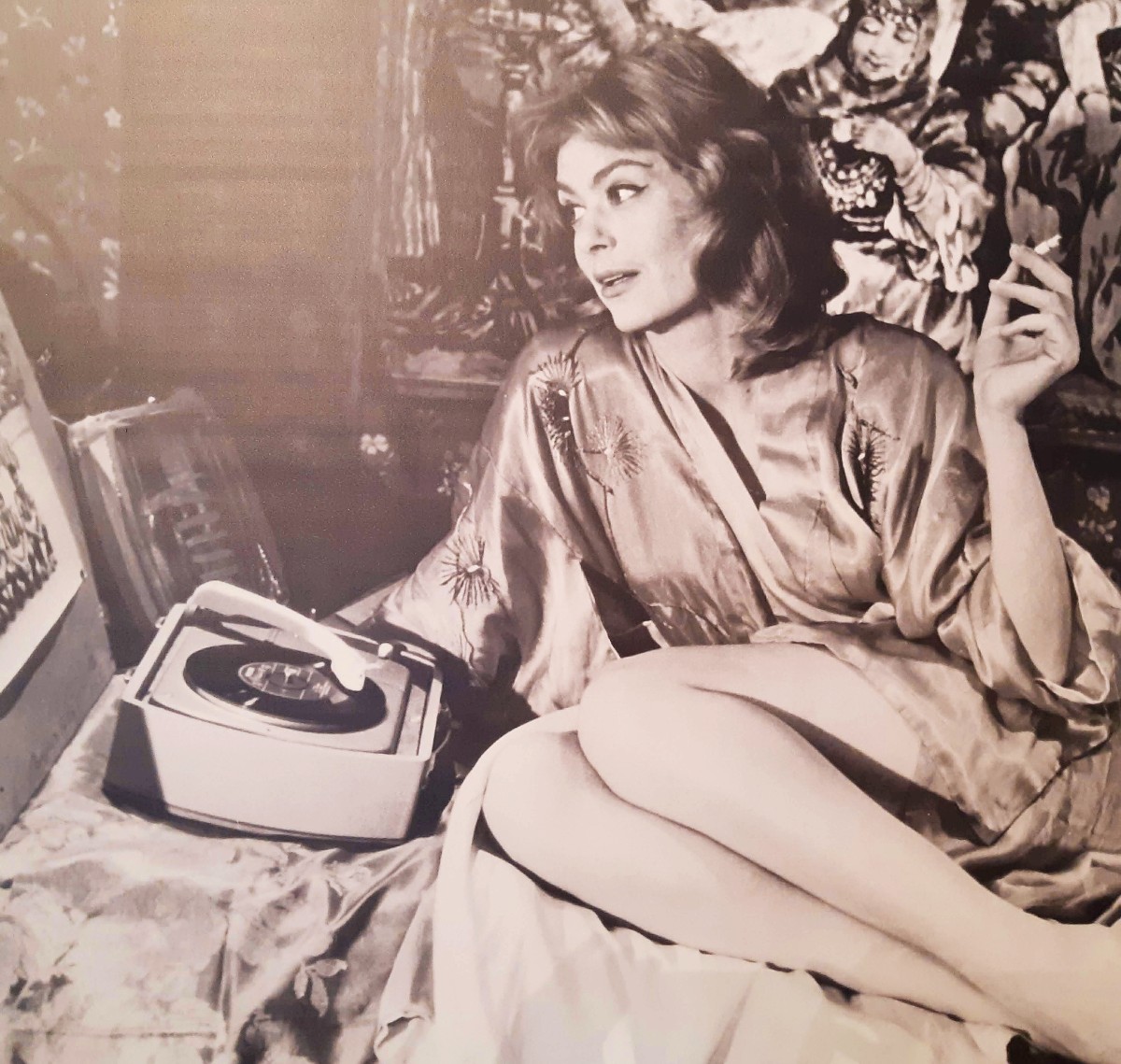 Towards the end of the 1940s, she met Pyrros Spyromilios, a Greek Navy officer, with whom she was romantically involved. They remained a couple for several years.

In 1955, Mercouri made her first movie, “Stella”, directed by Michalis Cacoyannis. The film, one of many to follow, received special praise at the Cannes Film Festival in 1956.

During the festival, Melina met the actor and director Jules Dassin. In the following years, they worked together in a number of movies, and eventually got married in 1966. 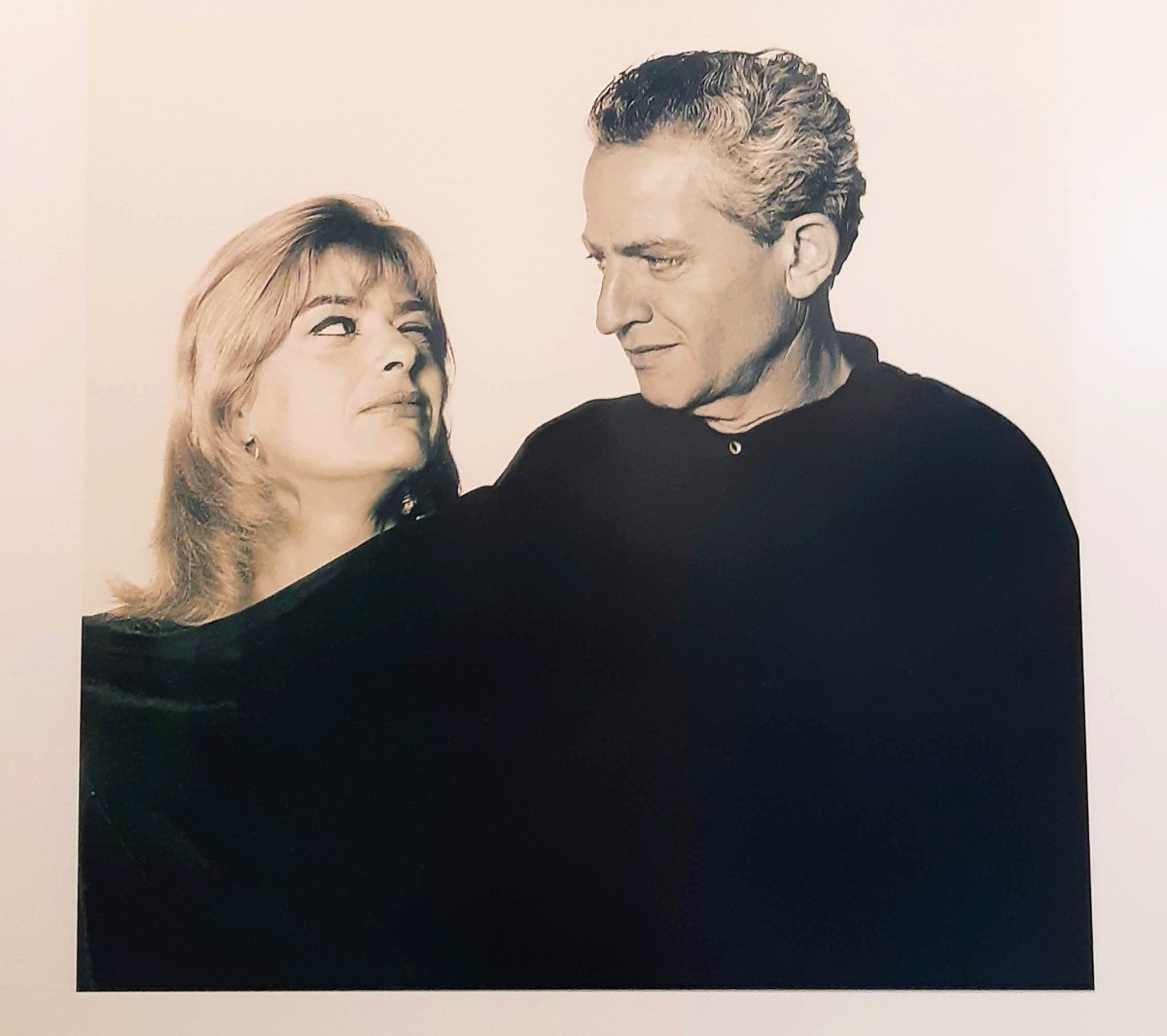 One of their biggest successes was the 1960 movie “Never on Sunday”, set in the area of ​​Piraeus port close to Athens. Mercouri was nominated for an Oscar for her role as a prostitute who seduces an American tourist, played by Jules Dassin.

This movie inspired the theatrical play “Illya Darling”, which was a sold-out success in Broadway in 1967-1968.

Mercouri starred in 20 movies and over 40 theatrical adaptations, both in Greece and abroad. She usually played strong, dynamic characters and heroines, often in unconventional roles – just like herself. She was nominated for numerous awards over the years.

Melina Mercouri and the Greek dictatorship

In April 1967, a military dictatorship was established in Greece. At the time, Melina Mercouri was appearing in Broadway, playing “Illya Darling”.

One evening, after she received the news that the dictators had come into power, she gave a speech against the new, authoritarian regime while on stage. She instantly became a symbol of Greece and a heroine resisting against the dictators. 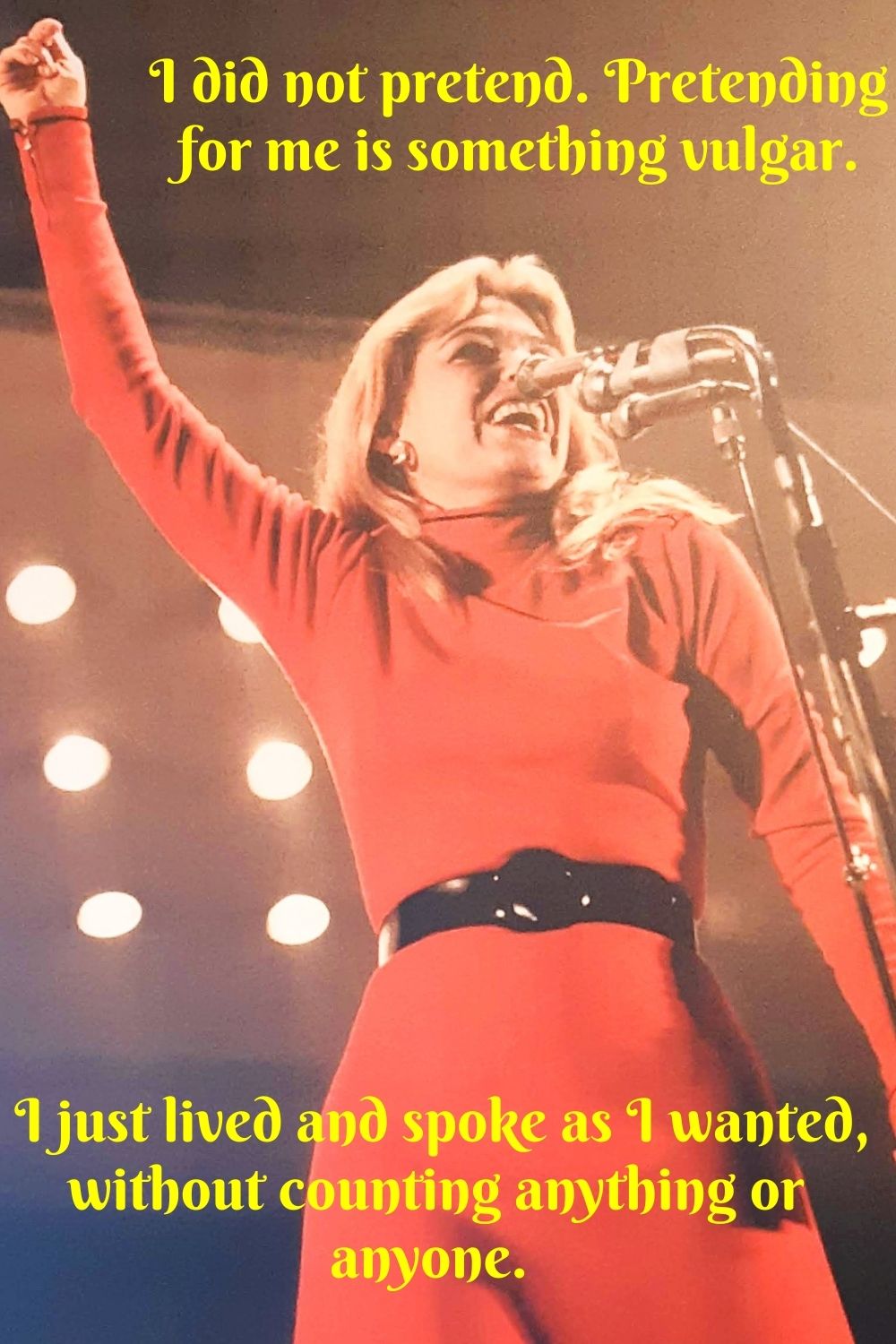 As a result of this, Stylianos Pattakos, one of the leaders of the military government, renounced her Greek citizenship and banned her from returning to Greece. To this, Melina responded with the famous quote:

I was born Greek, and I will die Greek. Mr. Pattakos and the colonels were born fascists, and they will die fascists.

Throughout the dictatorship period, Melina used her international fame to fight the colonels. She organized demonstrations and gigs in many countries, and met with European politicians and leaders, aiming to turn them against the dictators.

During that time, many attempts were made to assassinate her. Fortunately, none of them were successful.

Melina Mercouri as a politician

After the fall of the dictatorship in 1974, Melina Mercouri returned to Greece. By that time, she had realized that she wanted to get involved in politics. Together with Andreas Papandreou and other people, they founded the Panhellenic Socialist Movement, better known as PASOK.

In 1981, PASOK won the national elections. Melina was chosen to be Minister of Culture, the first woman ever in this role. According to her memoirs, she had to struggle to prove herself, as many people saw her as “just an actress” and didn’t take her seriously. 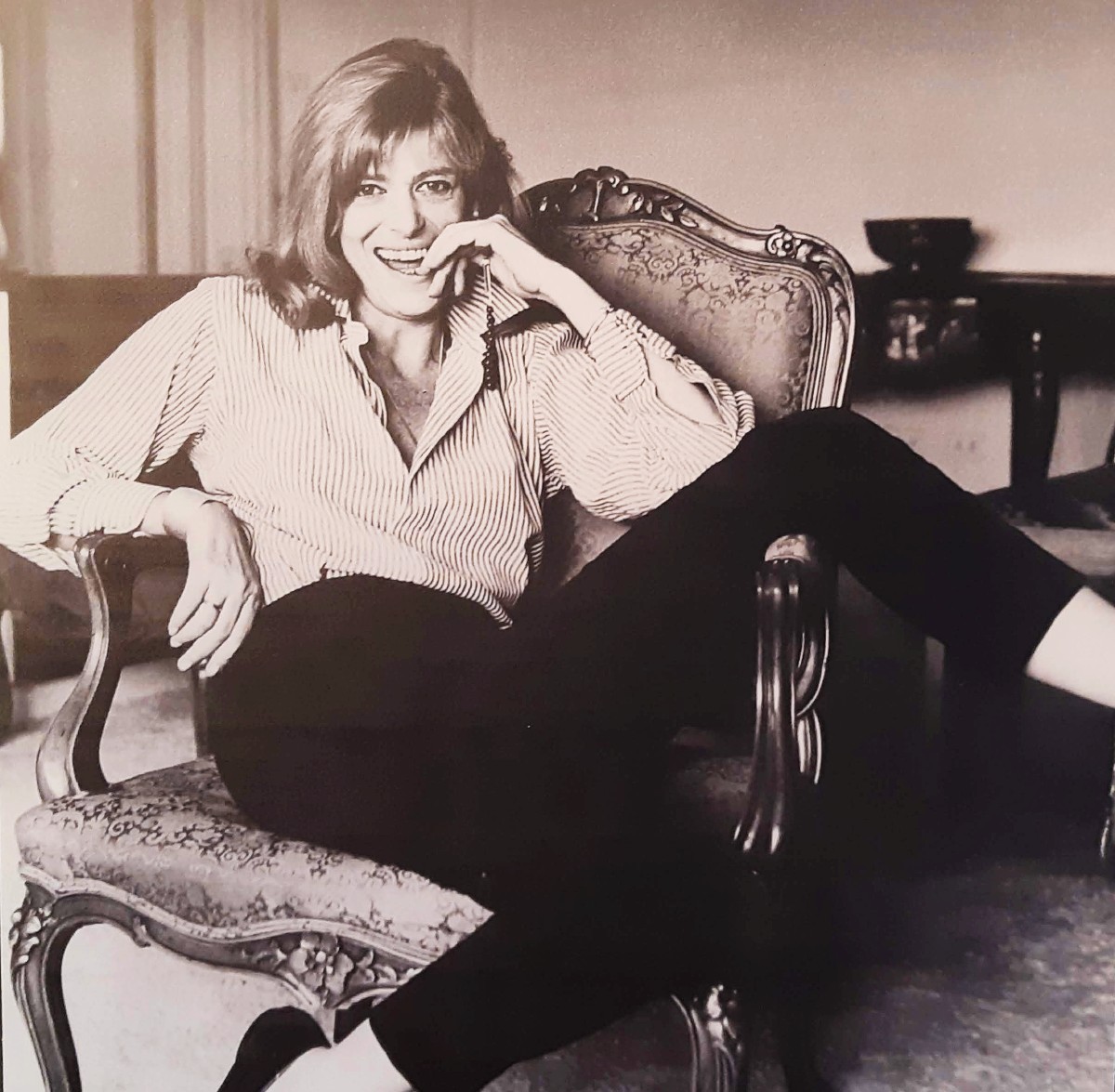 She kept this post for 8 years, taking advantage of her international fame to promote Greece to European government officials.

She also launched the Municipal Regional Theaters, supported the establishment of numerous cultural institutions all around Greece, and organized exhibitions of Greek cultural heritage and art all around the world.

Melina worked hard for Athens to host the Centennial Olympic Games in 1996. Sadly, she didn’t live to see it through.

Melina and the Parthenon marbles

In her years as Minister of Culture, Melina Mercouri came up with the idea of ​​integrating all the archaeological sites of Athens, to build an archaeological park that is free of vehicle traffic.

This is why, these days, we can enjoy walking around ancient Athens for free!

She also introduced free entrance to archaeological sites and museums for Greek citizens, a privilege which was terminated due to EU laws. 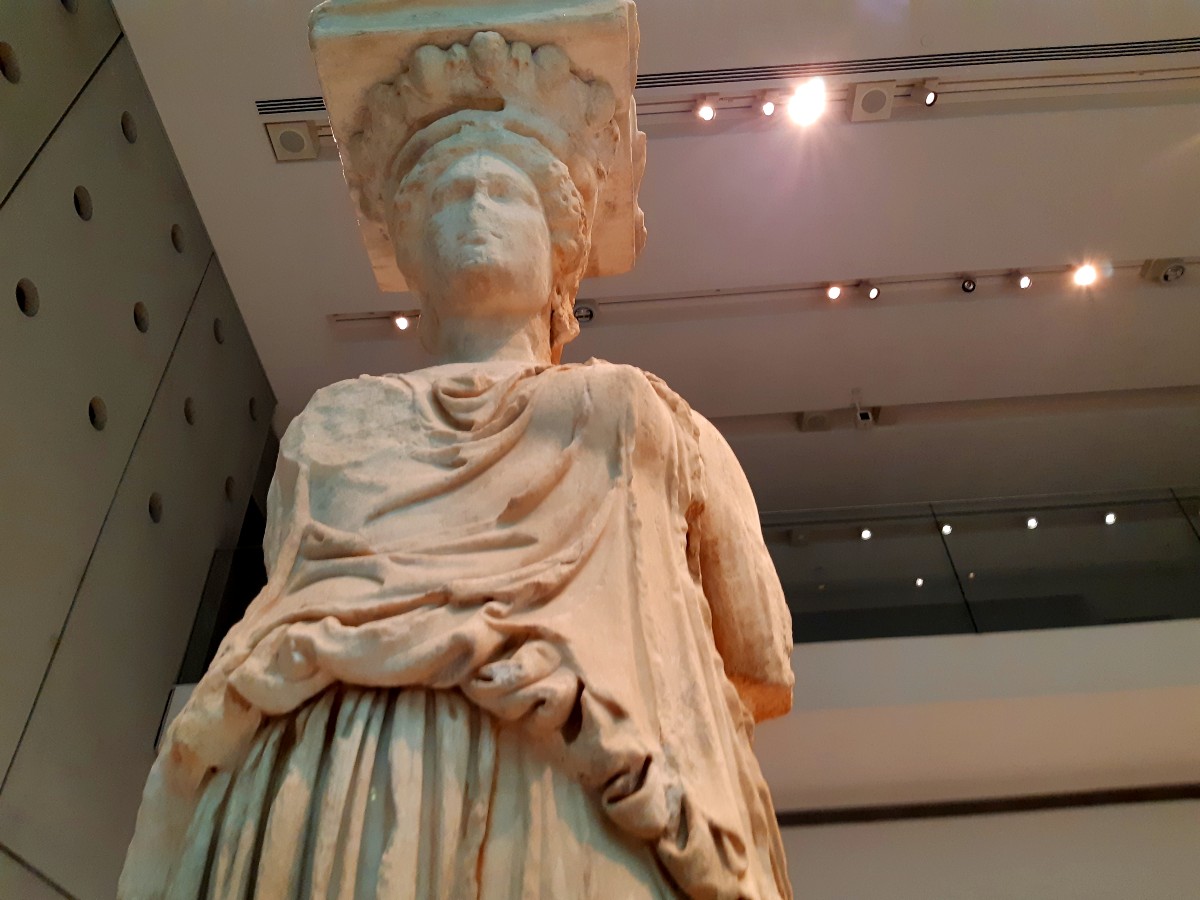 During her tenure, Mercouri strongly pushed for the return of the Parthenon Marbles to Athens. Those marbles were removed by Thomas Bruce, 7th Earl of Elgin, in the early 1800s, and are exhibited in the British Museum in London.

Mercouri had a vision for the Marbles to return to Greece, and made plans for a dedicated Acropolis Museum. Sadly, she didn’t live to see the New Acropolis Museum, which was established in 2009.

Incidentally, the original marbles from the Parthenon are still in the British Museum. People still refer to them as “Elgin marbles”.

A notorious smoker, Melina Mercouri died of lung cancer on 6 March 1994, in the Memorial Hospital in New York City.

Her funeral took place in Athens, and was attended by hundreds of thousands of people who went to say their last goodbye to this very special lady. 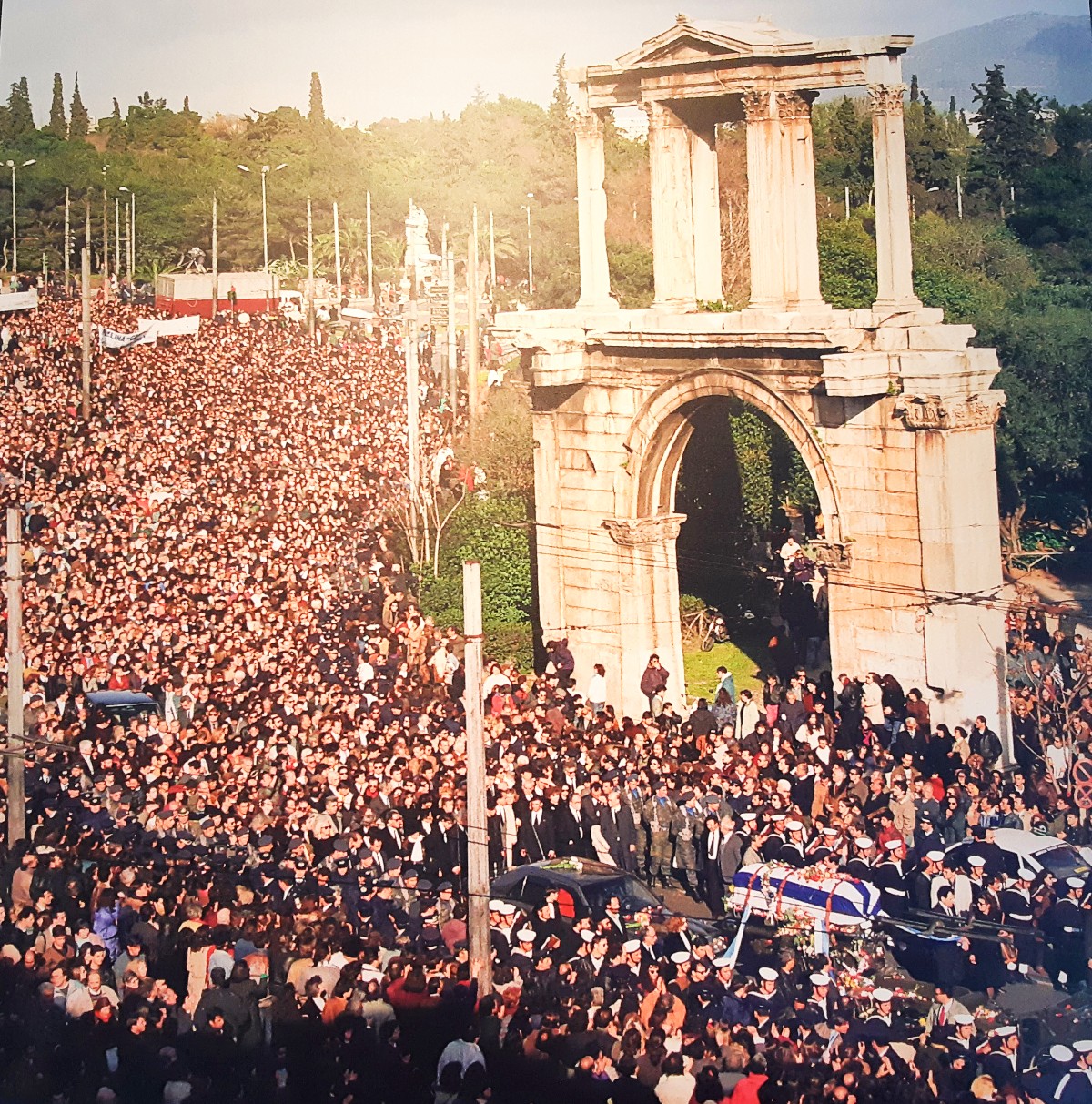 According to her wishes, she was buried wearing her famous red dress, which she had worn during her anti-dictatorship protests.

A copy of that dress is exhibited at the Melina Mercouri Foundation, along with other items that belonged to her. This foundation is dedicated to preserving the work and legacy of Melina Mercouri. 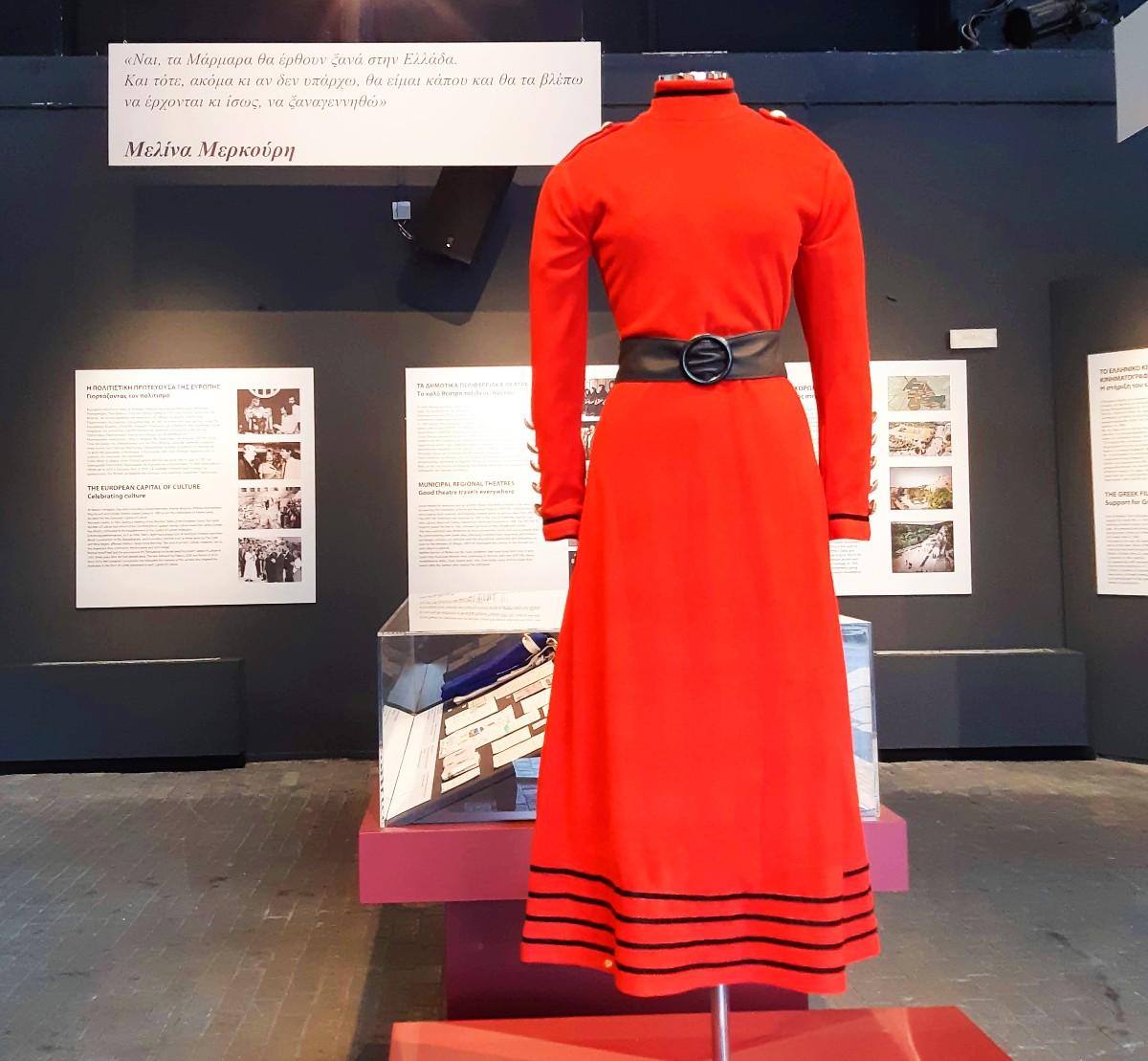 Melina Mercouri Day in Greece is celebrated on 6 March. On this day, archaeological sites and public museums in Greece offer free entrance, so it’s a great chance to visit.

Alternatively, you can always watch one of her movies! A few of them, like Never on Sunday (1960) and Phaedra (1962) are available on YouTube. 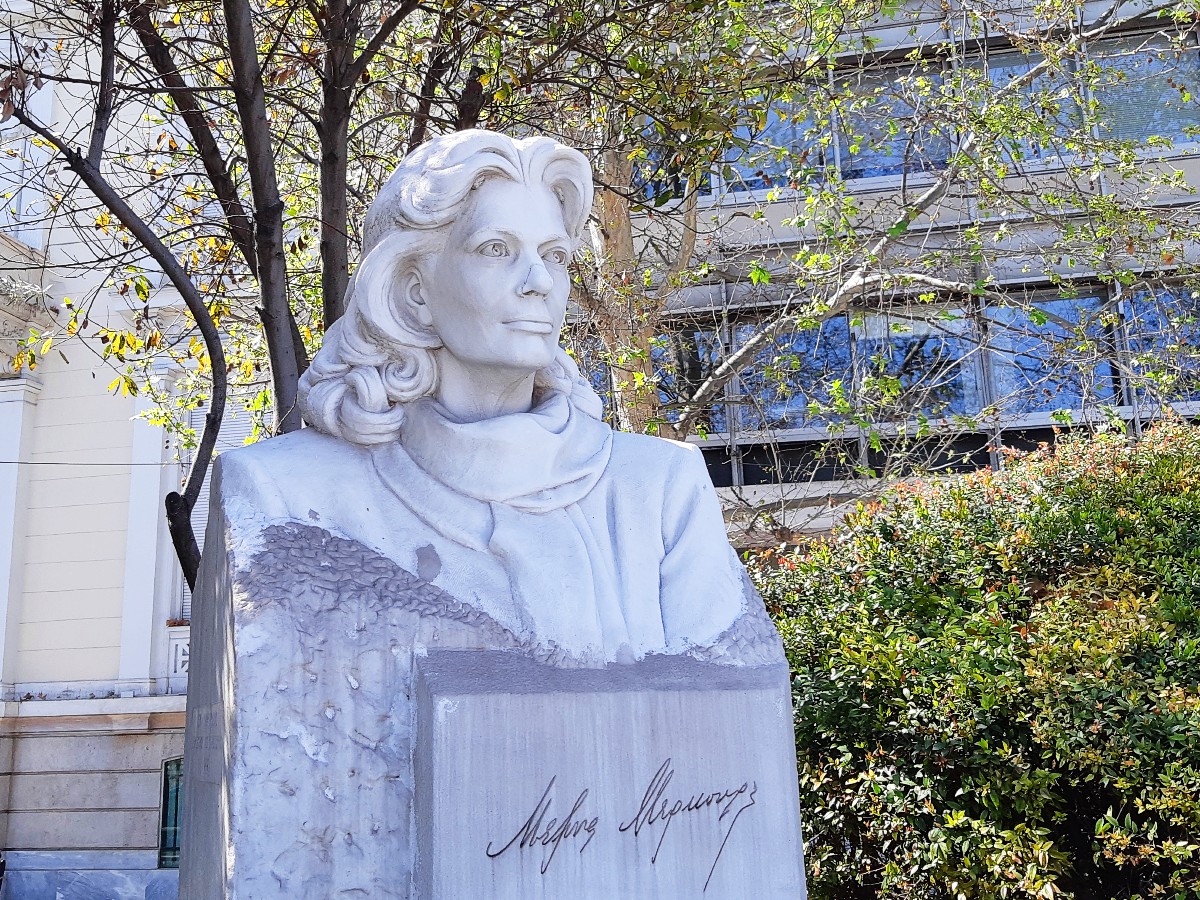 Many streets around the country have been named after her. If you visit Athens, you may also come across her statue, which is across the street from Hadrian’s Arch.

Here are a few inspiring quotes by Melina Mercouri:

In the world over, the very name of our country is immediately associated with the Parthenon.

There are no such things as the Elgin Marbles.

I hope to see the Marbles back in Athens before I die. But if they come back later, I shall be reborn.

Enthusiasm is a wonderful thing. In South America they throw flowers to you. In Greece, Greeks throw themselves.

In Greece we’re too poor to go to psychiatrists. We have friends instead.

The biggest compliment for me is when people stop me on the street and call me “Our Melina”, when they make me feel I belong to everyone.

And, last but not least, here is a quote that pretty much sums up her life:

I did not pretend. Pretending for me is something vulgar. I just lived and spoke as I wanted, without counting anything or anyone. 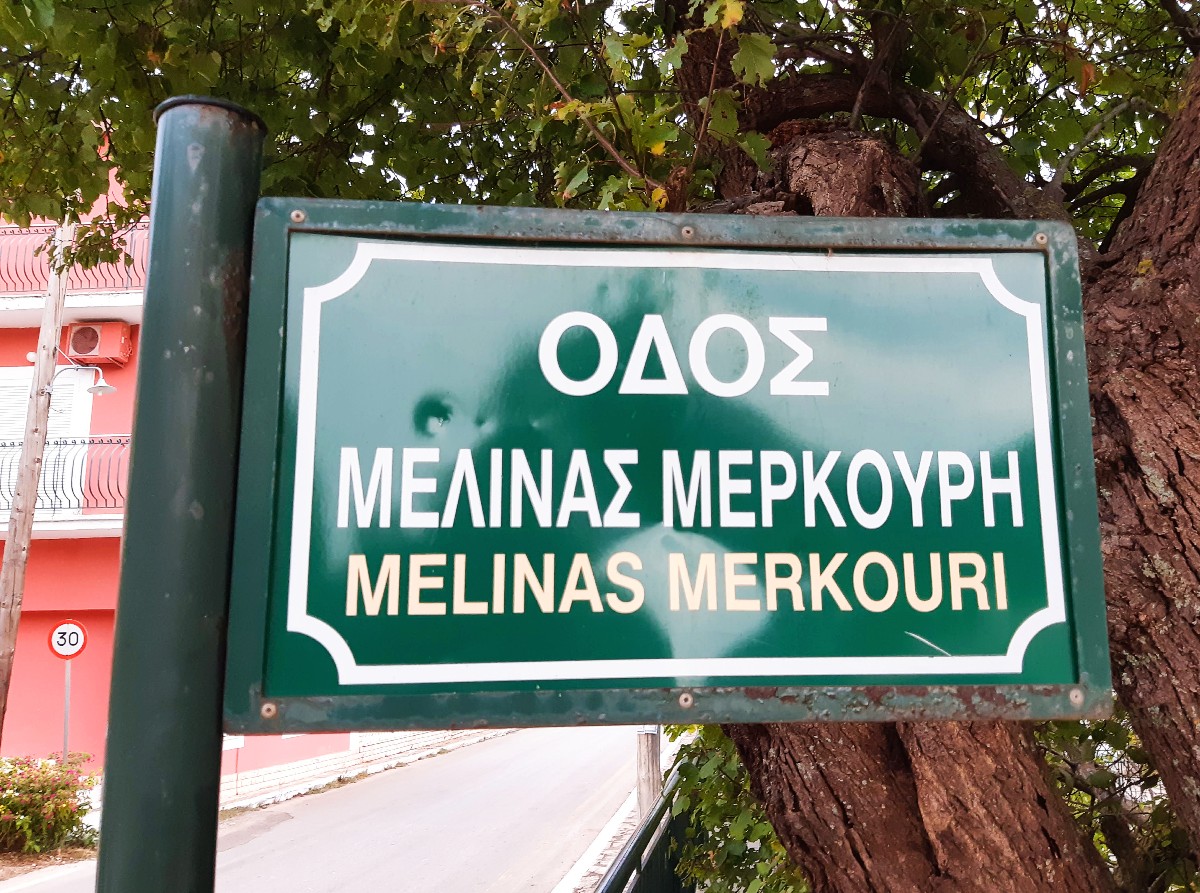 Here are a few frequently asked questions about Melina Mercouri.

Who was Melina Mercouri?

When was Melina Mercouri born?

Who was Melina Mercouri married to?

How old is Melina Mercouri?

Melina Mercouri was 73 when she died.

Hi! I’m Vanessa from Athens. Melina Mercouri was one of my favorite Greek women, and I’ve always loved her free spirit and unconventional lifestyle. I hope this short article has inspired you to read more about this incredible woman!